What are everyone's thoughts and feelings on the latest news headlines involving law enforcement violence and ensuing retaliatory violence?

I personally think they're being played up as a diversion from the Clinton email scandal, but I'm curious about other perspectives.
R: 3
: Does any one here wants to live in an African country or do you all plan to stay in the US, Europe or whatever? I assume it's the former, but I am looking for people who don't want to stay.

inb4 Christians, Hoteps, BHIs, Nuwabians or NOIs
R: 2
Let's Make Blackistan: Why not build a seastead for the Afrikan American community so we can have our own nation?
R: 5
POC: I'm not down with other shades of brown/Spics, Yids and Chinks can all eat my dick/They live calling us nigger but when ofays do the same, they flip the script/I hate other "minorities"/Fuck this so-called unity, I'm a displaced Afrikan, I want a Black community.
R: 0
Cop who commited brutal roadside beating gets off light: http://www.theroot.com/articles/news/2016/04/convicted_mich_ex_cop_allowed_to_serve_sentence_at_boot_camp_after_brutally.html?wpisrc=topstories

So boot camp and a halfway house instead of 13 months to 10 years in prison? For a brutal assault? Trust in believe we will never get justice in this system. Liberation becomes necessity. 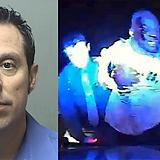 Should no one be allowed to say it? Only certain people? Should everyone?

In my opinion it's lost it's meaning. Non-blacks will find just about anyword to replace it. (thug, criminal, low-lives)

I am really liking the fact we have to use an outside source to post pics. R: 2
: Whitey here.
My friends are in an indie band, and on weekends they use their recording equipment to record hip-hop beats and verses. It all explicitly apes black culture and copies popular music made by black artists. None of us are black. One of us is half-Taiwanese. Everyone else is effectively white. They all claim the right to say "nigga" whenever they want to.
None of them think it's racist at all. Or maybe they do and just deny that it is. Either way, it strikes me, as a white person, as a potentially offensive activity, and the music itself is honestly some of the worst I've ever heard.
What do black people think of this kind of behavior? Genuinely curious.
R: 0
: why was he so based? 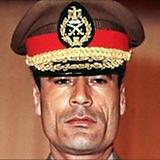 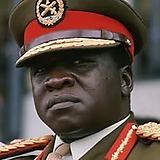 Why was Idi Amin so vilified? He was an ally of the US, France and Israel until:
- he became the strongest leader in Africa, a model for all Africa
- he sided with the Arabs and with Palestine
- he expelled the Jews from Uganda (who had nearly bankrupted the country)

After he did these things, he all of a sudden became "a child-sacrificing cannibal". Suspicious or not? I know he was a dictator, but he made Uganda a internationally significant player and a regional power in all Africa.

R: 1
: What are your honest opinions on Donald Trump? I want to know your thoughts on his policies. I've been curious as to what different people think of Mr. Trump and I need to find out opinions of him for a project I am doing for my senior government class.
[Return]
[ art / mus / noir / nsfw / pub / rev / stem / v / weeb ] [ Home ]