turns out we werent kangs guys. shut this place down. 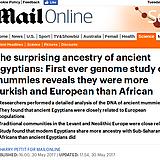 >>182
Anyone with any knowledge of anthropology whatsoever is aware that the Lower Egyptians had significant Mediterranean admixture. The emphasis on Eastern Mediterranean genetics is also unsurprising, as the New Kingdom included much of it at its peak, including the southern extremes of Anatolia.

It was, however, documented by Egyptians themselves that they were ethnically (and phenotypically) distinct from their Libyan, Canaanite, and Nubian neighbors, so the emphasis on their genetic similarities with others in the Bronze Age Mediterranean ecosystem rather than analysis of what made them distinct from their neighbors is rather underwhelming. What are you working on?

Why not use a famous black programmer as the op picture?

>>126
Because the hacker ethic is colorblind, and I particularly admire the accomplishments and philosophy of ken and dmr.

Taking a MATLAB course this semester. Proudly finishing my exams before the whites AND the Asians. Who knew I'd have a knack for coding.

>>180
Any other languages or projects?

hey /stem/ let's educate each other and compile a list of all the amazing inventions made by our fellow blacks. 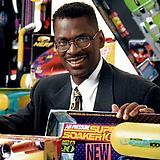 Not an inventor per se, but J Ernest Wilkins, Jr. was a contributor to the Manhattan Project as a nuclear physicist/engineer.

Specificly he created the specific metal microfiliment that was nessary to be made so that the lightbulb wouldn't just burn out within a unmarketable short time.

So he made it possible for it to be actully used in daily life because the filiment he made lasted long enough.

I believe he also made the stop light

You're thinking of Garrett Morgan. He patented the three-colored traffic light. It looks like it was mutually invented by a white man, but Morgan patented it before the other guy implemented it.

He also invented the safety hood, which saved the lives of many firefighters. He had to hire white men to advertise and sell it for him.

His invention gained public attention when two firefighters had disappeared on a rescue mission and Morgan and his brother used safety hoods to enter the burning tunnel and save the rescue team. They also retrieved the bodies of the original victims.

It was a long time before he received the recognition he deserved, but once he received it, he was given an award that made him an honorary fire fighter.

He also led the industry in chemical hair straighteners. Do what you will with this information 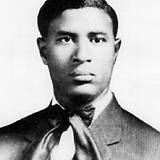 can pol. sci patricians post here? it is defined as a science. only if it's empirically quantifiable

>>4
what about polling and statistics?

>>5
The theory statistics and probability and its relevance to the realm of politics is fine, but not anything tantamount to political trivia.